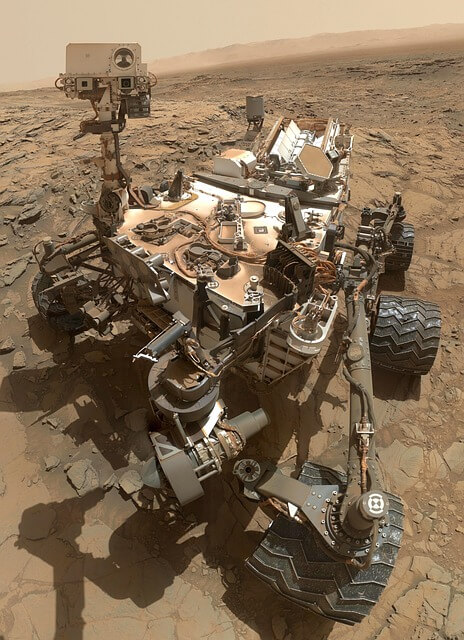 called Curiosity has been roaming the surface of Mars since 2012 and has just found an unusual meteorite on October 31, 2016. It isn’t Curiosity’s first but it is the most unusual one found by any of the rovers.

Two years ago, Curiosity found its first meteorite and it was the largest one found so far at nearly seven feet wide. Because of its shape resembling the country of Lebanon, that meteorite has become known by that name. This recently discovered meteorite is quite small but what makes it so unusual is its smooth surface. Scientists at Arizona State University say it appears to have become molten as it entered Mars’ atmosphere and hardened before hitting the surface. Due to its smooth surface and general shape, it has been named the “Egg Rock”.

Scientists believe the meteorite is composed of iron and nickel based on an analysis of the images sent back to Earth by Curiosity. As Mars is relatively close to the asteroid belt, it isn’t unexpected that nickel iron meteorites would hit Mars frequently. It isn’t expected that a meteorite would become molten since the Mars atmosphere is thin. 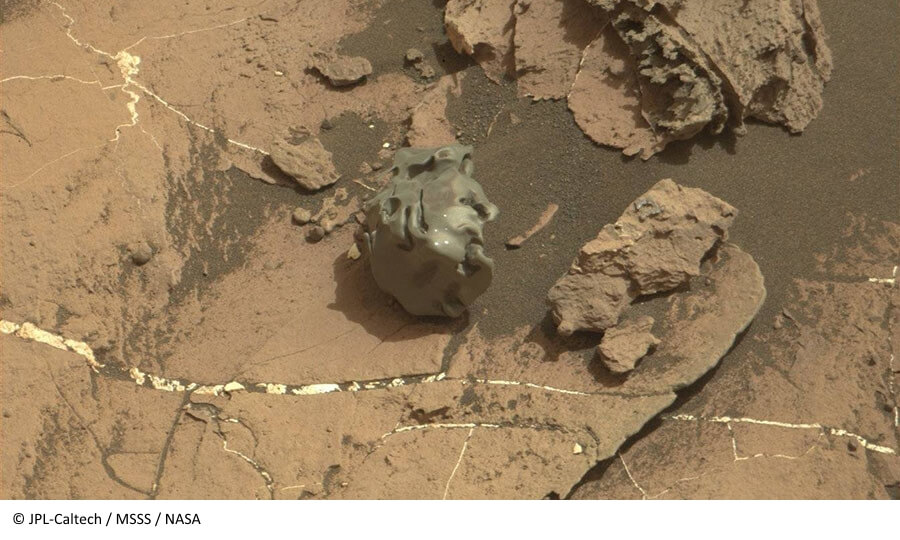 Though previous rovers, Spirit and Opportunity, had found more meteorites than Curiosity, Curiosity holds the records for both the largest and the most unusual meteorites. As Curiosity explores more of Mars’ surface, perhaps it will uncover some more surprising finds.