A quite large section of a rocket that is American in nature was found floating in the sea near the Isles of Scilly. Scientists and Coast Guard believe it is likely the unmanned rocket that exploded in Florida in June. Called The SpaceX Falcon 9,the rocket blew up after takeoff from Florida.

There are recovery efforts underway to bring the pieces of the rocket back to the United States and some sections of the rocket are currently under guard on the shore.. 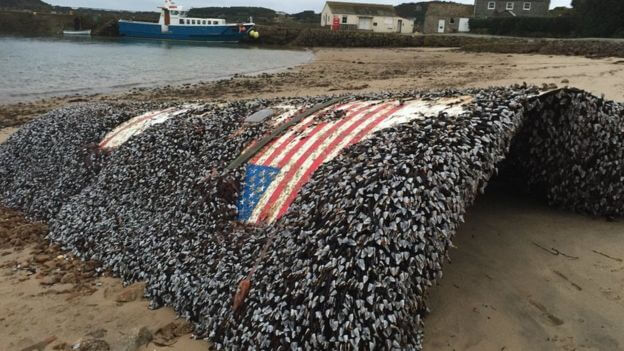 US Space Rocket Debris Found in the Sea off Scilly

A large chunk of an American space rocket has been found in the sea off the Isles of Scilly.

The section of the spacecraft, measuring about 10m (32ft) by 4m (13ft), was spotted on the surface between Bryher and Tresco.

Coastguards believe it is from the unmanned SpaceX Falcon 9 which exploded after take-off in Florida in June.

However many astronomers believe it is from a different mission due to the size and markings.

Local boatmen towed the section to Tresco where it has now been removed from the beach.

Be the first to comment on "US Space Rocket Debris Found"